Cancer is Not Random! The Real Cause of Cancer You Won’t Hear About At Your Doctor’s Office 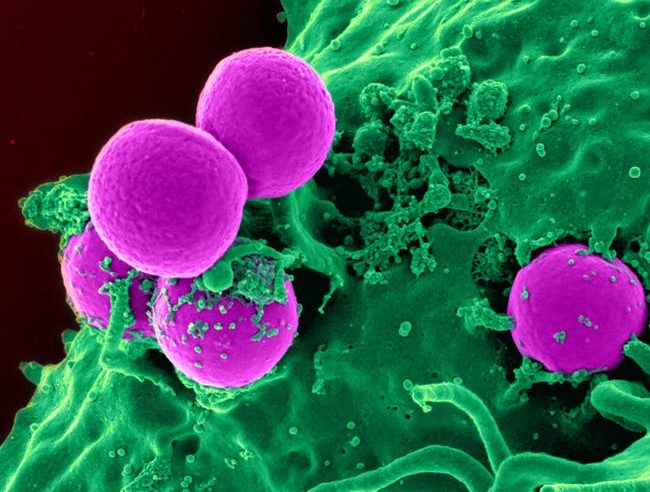 Primary Glioblastoma multiforme (PGB) has once again grabbed the headlines now that another beloved American congressman, John McCain, has been plagued with this aggressive and destructive form of cancer.

When taken on the surface, PGM seems like a chaotic mess of multiple genetic mutations leading to erratic behavior of cancer cells and what essentially amounts to warfare in the brain and eventually throughout the body.

This form of cancer has evaded cancer researchers due to aggressive and unpredictable behavior. When things seem chaotic on the surface it’s critical to look beneath the surface at what is common, not just common for the different types of PGM, but for all cancers.

We are chasing the shiny genes that have gained such popularity when what we should be focused on are the mitochondria that house the critical information that leads to cell division and duplication of genes. This is where the “mistakes” in gene duplication that we call mutations occur.

Studies have shown that if you place healthy mitochondria in “sick” cells that contain cancer-causing genes, cancer DOES NOT develop. These same studies showed that if you place unhealthy mitochondria into “healthy” cells, they DO develop cancer. This is a critical piece of information that has been looked over by the scientific community in its frenzy to find a cure. Unless we begin to look at the mitochondria, which are critical for the cells’ metabolism, we will continue to see genetic mutations that cause cancer.

In my book, “The Answer to Cancer,” published in 2016, I outlined the reason why brain tumors usually occur in the cerebral hemispheres-exactly where PGM usually forms.

The reason for this is that cancer is NOT a genetic disease. It is, in fact, a metabolic catastrophe.

Metabolism is basically the way all the cells in the body make energy to use for body functions. All body function is fueled via metabolism-everything from vision, movement, heartbeat, breathing, sleep, detoxification, immune function, digestion, etc… All cells contain mitochondria that are basically energy factories. The food that we eat and the oxygen that we breathe are used in the mitochondria to make our energy currency that we call “ATP.”  Mitochondria rely on many nutrients to make energy and when these nutrients are in short supply, the body has brilliant mechanisms in place to get this energy from other sources such as cells that are not critical to our immediate survival. Just as cancer cells develop “survival” mechanisms to feed themselves, our normal cells do exactly the same thing all the time.

For example, when your heart and lungs need critical energy, your bones and muscle cells can supply much needed minerals, energy and protein for your heart cells to keep beating. While it may seem unusual that the body would run out of resources, it happens very frequently. The body has a limited amount of resources depending on our dietary habits and also, just as importantly, our gastrointestinal function.  If we are not successfully absorbing nutrients throughout the gut, they will not reach the cells that need them. Malabsorption is frequently underdiagnosed by conventional medical testing, and millions of Americans are undiagnosed.  Cancer patients, in particular, are highly susceptible to malabsorption for many reasons.

When we look at the brain, for example, the critical areas that are most important for our immediate survival, the brainstem (responsible for control of heartbeat and breathing), is very protected and is the first place in your brain that gets blood flow, which carries critical nutrients and oxygen to these cells to assure survival.  The cerebral hemispheres, while important, are not critical to stay alive, so they get “left over” blood flow, if there’s enough to go around.  This is a critical reason that strokes and Alzheimer dementia occur.  It may also be a mechanism for Autism.

It’s important to remember if your body has to choose between cancer and keeping its heart beating, it will favor the heart every time!

The critical turning point in cancer care will be when we begin to look at the multiple obstructions to metabolism that lead to cancer and its recurrence. These include the toxins to which we are exposed even before birth and daily throughout our lives; the challenges to proper digestion and absorption presented by processed foods, pesticides, and infections; as well the obstruction to proper elimination of toxins in the body.  I see these challenges in patients who present to my office with a history of cancer. My patients are frequently shocked by their test results that show abnormalities that were not found by conventional medical means.

The prevention of recurrence and their best chance to survive cancer lies in restoring proper metabolism with proper advanced testing not usually performed in our conventional medical doctors’ office. This testing allows for the identification of the barriers to proper metabolism and allows us to forge a path for its restoration. The body must be able to properly receive and absorb nutrients through food and supplementation, properly convert this to usable energy forms in the mitochondria, properly detoxify and eliminate the hundreds of toxins to which its exposed daily. These methods are not evaluated in the conventional medical community and are only performed by Integrative medical doctors.

Until we turn our attention to the fundamental function of mitochondria and the systems that feed the mitochondria in our cells, the answer to cancer will continue to elude us.

To understand the root cause of your symptoms and VIP preventative care, call Riobe Institute of Integrative Medicine at 772.266.4258.