The Elephant in the Room You Should Know 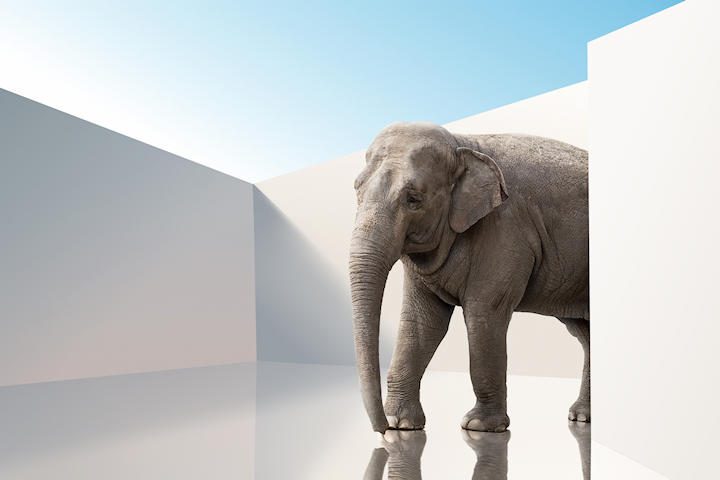 New York Times journalist, Pam Belluck wrote an excellent article published on February 24 entitled “Studies Find Differences in How Virus Affects Children.” This study published in the Journal of the American Medical Association (JAMA) found that more than 2/3 of the children with severe disease as defined in this study were of Black or Hispanic race and this was explained by ”socioeconomic and other factors.”

As a double board-certified medical doctor in the fields of OB-GYN and Integrative Medicine and as a woman of mixed race, I strongly and passionately agree that socioeconomic factors are involved; however, the “other factors” never seem to be discussed or identified. When such glaring differences in morbidity (illness) and mortality (death) are noted, the “diagnosis” of socioeconomic disparities is easy to summon because it’s very real, however, we must seek out the “other factors.” In the evolving field of genomics, it’s becoming increasingly clear that there are genetic variations such as sickle cell trait that can confer increased risk of morbidity and mortality in the Black and Latino community.  One out of 12 Black people (8%) have sickle cell trait and 5% of the Latino population has sickle cell trait. In fact, it’s estimated that 3% of the U.S. population has sickle cell trait and doesn’t know it because it’s not tested in most cases.

The lack of medical studies on this extremely common genetic mutation is mind-boggling. While there are numerous studies on sickle cell disease or anemia, which is the presence of two copies of the sickle cell gene inherited from both parents of an afflicted child, there are almost no studies on sickle cell trait, which is the inheritance of one copy of the sickle cell gene from one parent. It’s widely assumed by the medical community that unless you have two sickle cell gene mutations, you are at no increased risk of morbidity or mortality; however, of the few studies that are available, it’s clear that this assumption is false! I was introduced to the increased risk from sickle cell trait during my OB-GYN residency when it was clearly taught that in the obstetrical population, sickle-cell trait could lead to poor fetal growth and even fetal death during pregnancy. How could a benign medical condition kill unborn babies? As I looked deeper into the medical literature at what little is available about sickle cell trait, I found that those with sickle cell trait are at increased risk of pulmonary embolism, kidney disease, sudden death during exercise, and increased risk of bladder infections. These increased risks are theorized to occur due to poor microcirculation induced by the deformity of the oxygen-carrying red blood cells in those with sickle cell trait1,2. Conditions of dehydration and hypoxia (poor oxygenation) exacerbate this poor microcirculation further increasing risk. It’s clear that infection with Covid-19 induces microcirculatory dysfunction and hypoxia (poor oxygenation) which would create fertile ground for severe illness and death in those with sickle cell trait. Deciding not to look for something doesn’t mean it doesn’t exist.

This increased risk of morbidity and mortality was acknowledged by the NCAA after a series of fatalities in athletes with sickle cell trait and as of 2013, the NCAA requires that college athletes be screened for sickle cell trait despite opposition by a group of doctors at the American Society of Hematology. It’s not a stretch to surmise that sickle cell trait may be placing the Black and Latino community at significant increased risk of severe illness or death from Covid-19 infections. It is my strong opinion that sickle cell trait must be considered a pre-existing risk factor for severe illness and death from Covid-19 until proven otherwise. Black people are at increased risk of death from many other diseases such as breast cancer, where we see a 42% increased death rate in Black women.3   According to the CDC, African Americans are twice as likely to die of heart disease and have 50% more cases of high blood pressure than their White counterparts4. Black men and women have a 50% increase in death from colorectal cancer5.

We have to go to the international medical literature to find data to support that further investigation into sickle cell trait as a Covid-19 risk factor is needed.  According to the European Journal of Hematology’s July 2020 publication, “Given the prevalence among African Americans, strategies to improve awareness of possible risks during COVID‐19 pneumonia in sickle cell trait are suggested to individualize medical care in the burgeoning era of personalized medicine.7”

It’s also known that treatment delay is a significant cause of death from many conditions and socioeconomic factors weigh heavily here; however, if we continue to park here and look no further, we will not resolve this issue because there are science-based facts that intermingle with these disparities that won’t be challenged. Those with sickle cell trait should be identified and counseled regarding a potential increased risk of death from Covid-19 and other conditions. There should be widespread screening for sickle cell trait in order to identify those at risk. This subgroup of patients must remain vigilant regarding proper hydration, oxygenation and breathing, nutrition, sleep and recovery.  Again, it should be assumed given what we already know, that sickle cell trait increases the risk of severe illness and death from Covid-19 until proven otherwise. Just because we don’t look for something doesn’t mean it doesn’t exist…

I hope you’ll join me on the path to wholeness and spread awareness of this critical information that you don’t hear about on the news or at your doctor’s office. If you’d like to know more about how to get on the path to wholeness, you can pre-purchase my upcoming book FAITH: Fearlessly Affirming and Intending to Transform Health by clicking here.

I wish you many blessings on your journey. Be well… 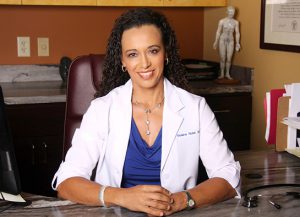